Volunteer of the Month - Marianne Castiglia 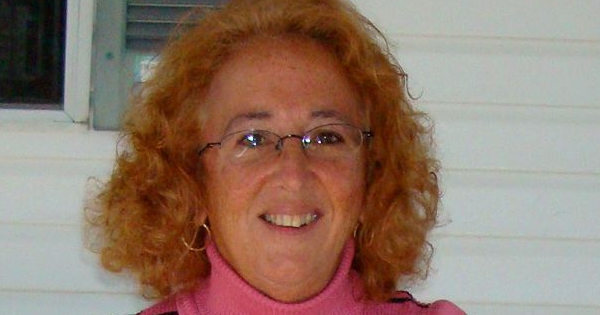 Meet this month’s featured volunteer - Marianne Castiglia, who leads the Newsroom Workgroup for the Coffee Party.  A native of Albany, NY (where her family lives), Marianne currently resides in the Tampa, FL area where she pet sits when she is not working on Coffee Party activities.  She takes care of cats, dogs, birds, and even cared for a full blooded-bobcat for years until a frightening encounter with the cat led her to drop that client.

An active volunteer since late 2012, Marianne’s journey began when she was driving around for her pet sitting business, listening exclusively to right-wing radio programs and watching Fox news at home.  Slowly she began “smelling a rat”, so she started searching for alternatives and found podcasts from the Coffee Party Radio Shows through the website called Blog Talk Radio. Marianne  became a regular listener, using her phone to listen to the podcasts in her car.  She liked that the content was fact based as opposed to being told what to think.  Marianne also  appreciated that viewpoints from both sides of the aisle were presented and that discussion of the issues was encouraged.

Because the Newsroom Workgroup oversees the radio shows, that steered Marianne to volunteering with that workgroup.  Marianne  started calling into the Newsroom Workgroup conference calls.  For the first year, she just listened and wouldn’t speak at all on the calls.  Little by little, she began talking on the calls and then submitting articles for the Coffee Party FaceBook page.  With Egberto Willies’ mentoring and encouragement, Marianne  began to gain confidence and try new things:  she was invited to become a FaceBook page editor and administer some of the other social media platforms like Twitter and Google Plus.  After a while, Egberto asked her to become the Work Group Chair of the Newsroom, which is what she does now.

Marianne’s  favorite project of the past year involved collaborating with another workgroup in the Coffee Party to orchestrate a Twitter Storm.  Using the hashtag #FairPoliceFines, they drew awareness to the problems surrounding the inequities in police fines which mostly affected the poor.  The compounding of fines would lead to a $50 ticket becoming a $500 ticket, and the person would end up in jail because of their inability to pay the original $50 ticket.  With research into the topic and the efforts of both work groups, they were able to get the hashtag to trend on Twitter.

When Marianne talks to someone new about the Coffee Party, she emphasizes that it is a trans-partisan group helping to educate people about issues and bringing people together in civil-minded, fact-based discussions.  She encourages other people to volunteer by emphasizing the wonderful people you work with and get to know, and that it is a great learning process, both personally and ideologically.