Restore Our Democracy: Yes on HR-1 and HR-4 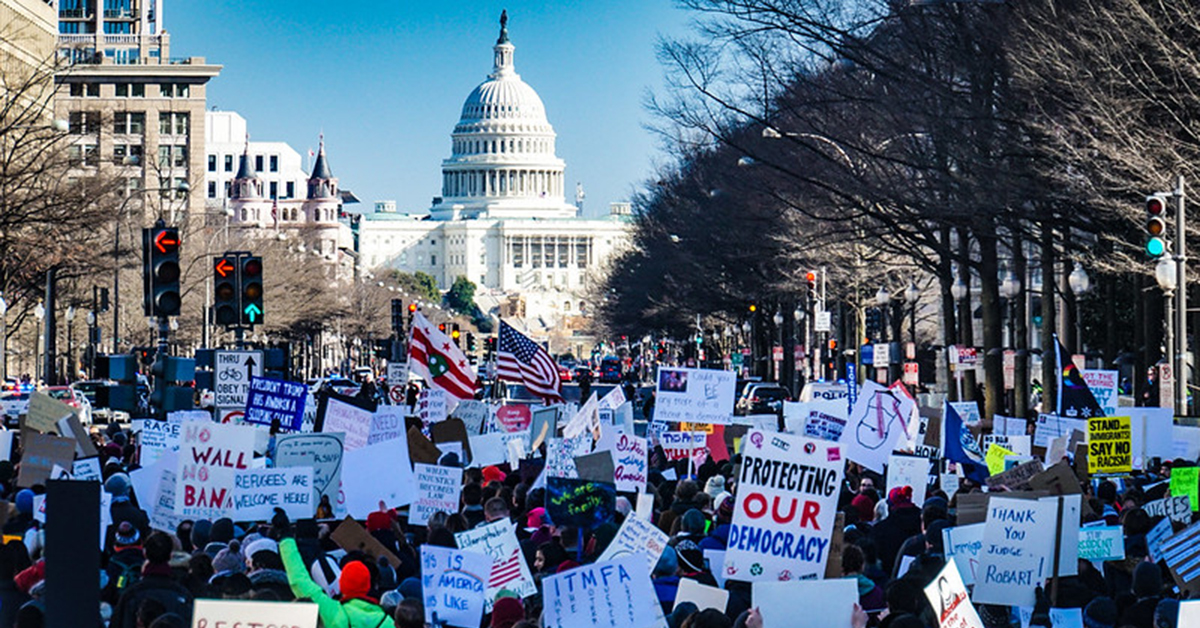 Fair elections are crucial for a healthy, functioning democracy. That's why we urge Congress to pass HR-1, the For the People Act, and HR-4, the John R. Lewis Voting Rights Act.

The U.S. House has already passed these bills but, as Slate’s Jim Newell grimly puts it, the U.S. Senate version (S-1) “has to somehow survive the less-than-democratic dynamics of the Senate itself.”

Here at Coffee Party USA, we strive to be nonpartisan and we rarely endorse specific bills. But the electoral reforms in House Resolution 1 (HR-1) go straight to the heart of our core mission and goals: To increase participatory democracy and to reclaim our government by and for the people. In fact, Coffee Party published a position paper in 2015 that aligns well with HR-1 and HR-4.

In our Mission-Vision Statement, we wrote:

Coffee Party USA envisions a nation of diverse communities sharing a culture of informed public engagement where our solemn right to vote is the only currency of our democracy.

The basic notion of majority rule in this republic’s democracy requires that we strengthen our elections and boost citizen participation. This means ensuring that all of us who are eligible can vote and that all of our votes are counted. This means free and open elections that are accessible to all of our citizens. This means getting Big Money out of politics. This means ending the rampant gerrymandering every 10 years as our congressional districts get redrawn. This means making it easier for all of us to vote, not harder.

Instead, our elections have become less free, less fair, and less representative over the past decade.

In 2010, the U.S. Supreme Court ruled in favor of letting wealthy donors spend unlimited amounts of money in politics (Citizens v. United). It is no accident that Coffee Party was born two weeks later. Then, in 2013, SCOTUS gutted key parts of the Voting Rights Act in 2013 (Shelby v. Holder). Since then, our federal government has grown less and less responsive to voters, even on policies with broad support from Democrats, Republicans, and Independents.

What HR-4, the John Lewis Voting Rights Act would do

Named after the late congressman and civil rights icon John Lewis (D-Georgia), HR-4 seeks to restore the rights and protections of the 1965 Voting Rights Act that were gutted by the U.S. Supreme Court in 2013’s Shelby v. Holder decision.

What HR-1, the For the People Act would do

The U.S. House passed HR-1, the For the People Act to expand voting rights, increase transparency and accountability in campaign finance, end the practice of gerrymandering, and impose stronger ethics rules on our public servants.

Common objections to HR-1 and HR-4

We also wish to address common objections to HR-1, the For the People Act, and HR-4, the John R. Lewis Voting Rights Act.

“ step toward the federalization of elections is generally a step in the wrong direction that would allow for easier abuse of our electoral system in the future. The decentralized structure of the federal election system is one of the biggest deterrents against abuse by malicious political actors.”

No state shall make or enforce any law which shall abridge the privileges or immunities of citizens of the United States; nor shall any state deprive any person of life, liberty, or property, without due process of law; nor deny to any person within its jurisdiction the equal protection of the laws.

HR-1 and HR-4 would curtail free “speech and assemblyociation rights.”

In their statement, the Institute for Free Speech (IFS) calls  HR-1 and S. 1 a “For the Politicians Act,” that “would impose sweeping new restrictions on speech about campaigns and public affairs.” IFS further claims this legislation “would violate the privacy of advocacy groups and their supporters.” Even the American Civil Liberties Union (ACLU) urged lawmakers to vote NO on HR-1 in 2019 (though not in 2021) due to concerns about freedom of speech.

But here’s the thing. Our “freedom of speech” is already highly “curtailed” when it takes the form of campaign donations. The Federal Election Commission (F.E.C.) bars us from giving more than $2,900 to our favorite candidate in 2021-2022. And even if we only have $5.00 to give, their campaign has to disclose it to the public, along with all their other donations. You can look up all of your campaign donations here.

HR-1 is about holding political action committees (PACS) and other groups focused on political speech to the same standards as a campaign. It’s about holding “dark money” groups -- and their Big Money backers -- accountable for the laws, ballot initiatives, campaign ads, social media blasts, and talking points they pay for. Because we can’t keep letting monied interests get away with launching and funding fake grassroots movements (like the Tea Party) to block policies the majority of Americans support.

HR-1 isn’t about silencing corporations and the wealthy people who own them. It’s about keeping them and their souped-up P.A. systems from drowning out the rest of us.

HR-1 and HR-4 would “place the courts in an unnecessary spotlight.”

In its “HR-1 Primer (PDF),” R-Street also says they object to HR-1 because it “places the courts in an unnecessary spotlight.” They go on to explain that HR-1 “would only raise the heat by placing untold election disputes on the judiciary’s lap, defying both the Constitution and common sense.”

To that, we respond, how does requiring our courts to simply do their job put them in an “unnecessary spotlight”? When lawmakers and election officials try to keep us from voting or keep our votes from counting, we have a constitutional right to seek legal remedy through our court system.

According to Vice, over 20,000 polling places -- 20 percent -- got shut down in 2020. Many of us had to wait hours to cast our votes, especially in Black communities. Meanwhile, the Washington Post reports, “At least 250 new laws have been proposed in 43 states to limit mail, early in-person and Election Day voting.”

The Republicans backing these measures claim we need to restore confidence in our elections. But since former president Donald Trump falsely claimed the 2020 election was stolen and urged his armed supporters to storm the Capitol, these claims don’t hold much water.

As the left-leaning Brennan Center so deftly puts in a nutshell, “The For the People Act (HR-1 in the House and S. 1 in the Senate) deals with a lot of nuts-and-bolts election administration issues, while the John Lewis Voting Rights Advancement Act deals with the particular pathology of racial discrimination in voting.”

Here at Coffee Party USA, we feel alarmed by our lack of civic participation and lack of trust in our public institutions. In addition, our government is so often gridlocked and unable to respond adequately to crises like the pandemic. Nor have we been able to implement needed programs and common-sense reforms, even when they have broad public support. Or, as the folks at Upworthy explain more succinctly, “20 years of data reveals Congress doesn’t care what you think.”

We believe HR-1 and HR-4 would go a long way towards making our government and our lawmakers more responsive and accountable to We, the People.