How Civility Can Help Solve the Shut Down

I was planning on writing about the Oscar nominees today, but I found something that made me change my plans.*Â  Instead, I found a video that connects to Universities studying and promoting civility in politics, which I posted in 2012.Â  In that entry, I wrote "It is no secret that I'm a member of the Coffee Party, as I blog about it here. One of the founding principles of the Coffee Party is civility, including having members sign a Civility Pledge."Â  I also included a press release from the University of Arizona about the National Institute for Civil Discourse (NICD).Â  So I was intrigued to see a representative of the NICD on CBS News this morning.

Join me in watching How to promote civility during polarized times.

Both sides of the aisle are blaming the other for the longest government shutdown in history. Keith Allred, the executive director of the National Institute for Civil Discourse, joins CBSN to discuss how his organization specifically prepares for times like these.

As a director of the organization, I'm glad to see that someone is talking about one of the Coffee Party's pet issues as part of a solution for the longest government shutdown on record.Â  May he have success with his initiative.Â  As snarky as I can be here (or at least, as much as I outsource my snark to late-night comedians), I really think we need people talking with each other, not at each other to solve our problems.

I'll return to this subject on Friday to write about Irish Coffee Day and Coffee Party USA's birthday.Â  In the meantime, I conclude today's entry with the Coffee Party Civility Pledge.Â  May my readers join our lawmakers in trying to follow it. 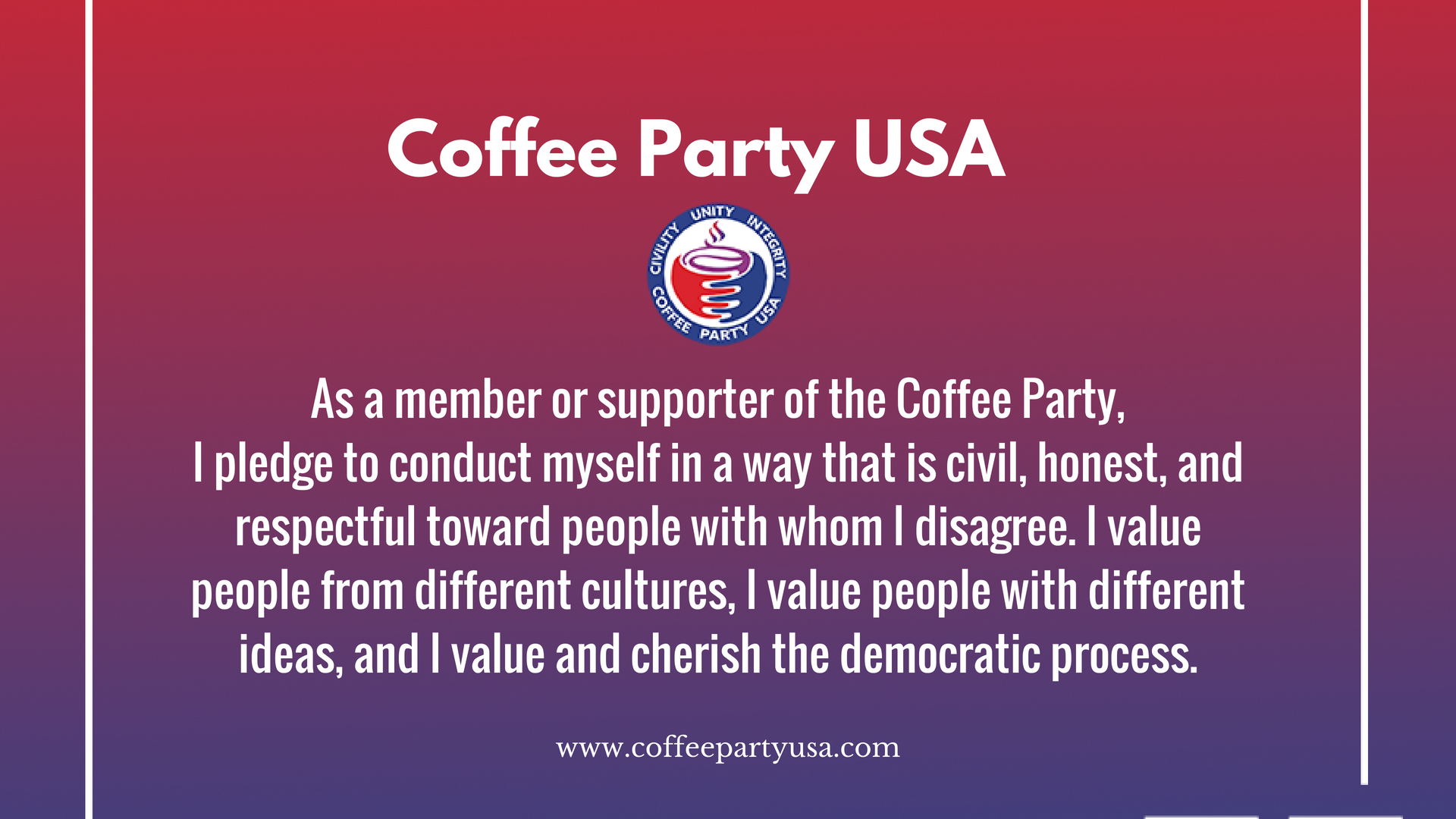 *I plan on writing about the Oscar nominees this weekend.Â  Stay tuned.