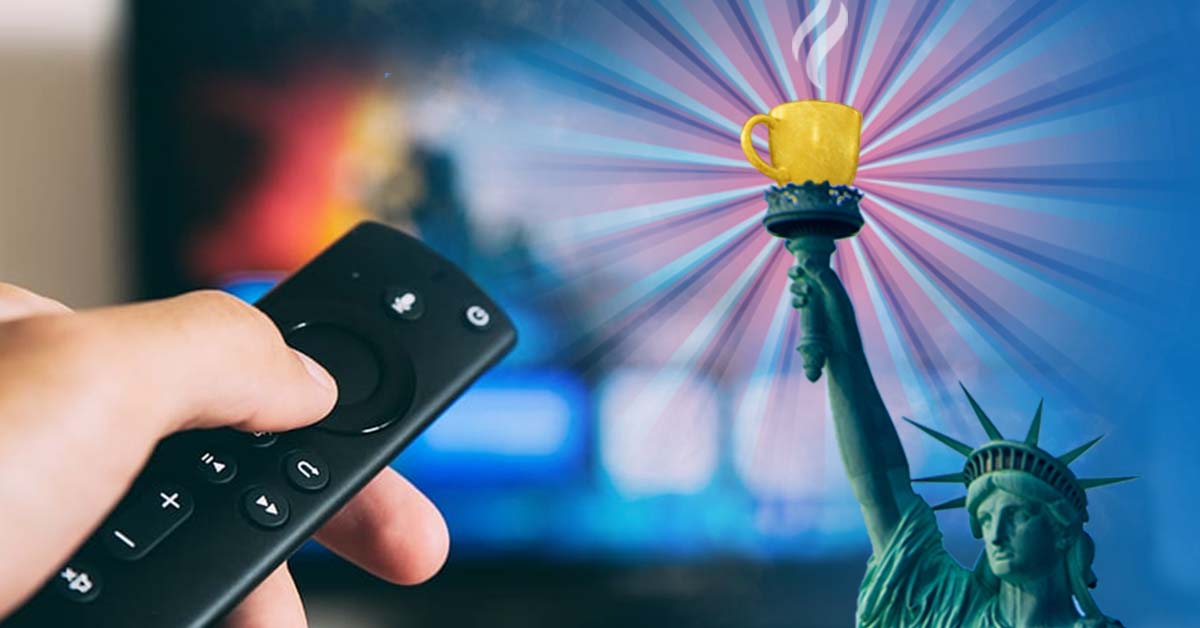 After the preliminary round of voting, Veep leads nominees with three nominations, followed by House of Cards, Madame Secretary, and The Handmaid's Tale with two each. All of the other 32 nominees have one nomination each.

Here are the nominees in six categories showcasing the best in politics and government on the small screen during the 2018-2019 television season.

Four are repeats from last year, House of Cards, Madam Secretary, Ozar, and The Good Fight, while three, Killing Eve, Succession, and The Handmaid's Tale, are new, although The Handmaid's Tale was nominated last year for Best Comedy, Drama, Miniseries, or Movie for Television about Fantastic and Futuristic Politics and Government as it is again this year. Last year's winner, Mindhunter, was not eligible, so it didn't return. That means there will be a new winner in this category this year. Become a member by clicking on the blue "Become A Member" button on the lower right hand corner of your screen to vote for the winner!

Three of the nominees are repeats from last year, Brooklyn Nine-Nine, Orange is the New Black, and returning winner Veep. Sketch variety shows were added to the category along with the comedy series, so Drunk History, I Love You, America, and Saturday Night Live became eligible this year. Joining the field is the Canadian comedy Schitt's Creek. Will Veep repeat for its final season? It's up to you, should you become a member.

Best Miniseries or Movie for Television about Politics and Government

Black Mirror is the returning winner. Do you think its episodes are still the best short movies about politics and government for television or should a new nominee take its place? Once again, it's up to you, should you become a member.

This is a new category, so there is no obvious favorite. Which is yours? Join and vote!

Best Comedy, Drama, Miniseries, or Movie for Television about Fantastic and Futuristic Politics and Government

Like last year, this category has the most nominees with nine. This year, it also has the most returning nominees with six, Gotham, Marvel's Agents of S.H.I.E.L.D., Outlander, Star Trek: Discovery, The Handmaid's Tale, and The Orville. Marvel's Agents of S.H.I.E.L.D. won this category last year. Do you think it's the best speculative fiction series about politics and government or do you think one of the other nominees deserves the honor more? Join to make your opinion known!

Robin Wright as President Claire Underwood on House of Cards

Only Julia Luis-Dreyfus as Selina Meyer and Andea Savage as Laura P. Montez are returning from last year. That means that last year's winner, Kiefer Sutherland as Tom Kirkman on Designated Survivor, did not return either, so the members of Coffee Party USA will elect a new TV president, just as they will elect one in real life. Become one of us to vote!

The members and volunteers of Coffee Party USA will vote for their favorite nominees over the next two weeks, at the end of which Coffee Party USA will announce the winners on its blog and Facebook page. If you want to become one of the voters for this or future Golden Coffee Cups, click on the blue "Become A Member" button on the lower right corner of your screen. Voting will happen on a members-only Facebook group.

Coffee Party USA ia a 501c(4) nonprofit social welfare organization dedicated to empowering and connecting communities to reclaim our government for the people. To support its efforts, which include educating the public on our website and on our Facebook page, registering people to vote with our partners TurboVote and National Voter Registration Day, and reminding them to vote through our Voter Buddy program, please consider donating. A donation of $10.00 for ten years of Coffee Party USA is recommended. Ten dollars will also buy our partner stamp with Stamp Stampede to stamp money out of politics. For those who wish to give at a higher level of support and be more involved in the organization, please consider becoming a member, which will allow you to vote for future Golden Coffee Cup nominees and winners. To do the valuable work of the Coffee Party, volunteer. Not only will Coffee Party USA thank you for it, so will the country!