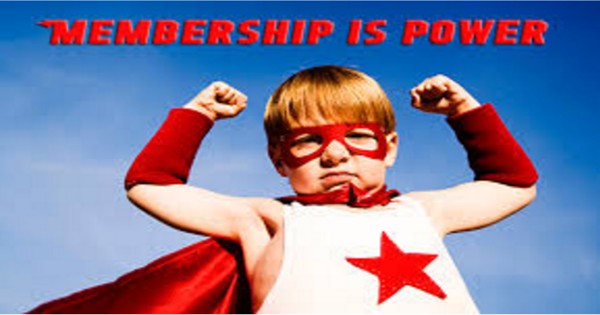 If you are a member of Coffee Party USA, thank you. Our all- volunteer, grassroots movement operates solely on the generosity of people like you: no big money, no sugar daddy, just good people like yourself.

If you are considering becoming a member, please join now.

November is a special blip on the membership timeline for three reasons.

Curious? Click and Join! Be a member. Be a volunteer. Be a leader.

My working life is dedicated to bringing people of various backgrounds and experiences together to have meaningful conversations. For me, this is my contribution to our country, because I see the possibility of responsible governance where people are nice to each other. People who like each other are more likely to be respectful. I’ve experienced and witnessed the transformational power of dialogue..where people learn to like one another. And I’ve also experienced resistance from people who don’t see the value or are afraid to talk with people who are different from themselves.  Using my Superpower of Curiosity, I started looking for the bridge to help us connect.

In my research, I’ve discovered that in order for dialogue to be “the best thing to do”, there is criteria to meet:

In today’s world of increasing fundamentalism, collapsing governments, climate change and mass migrations, the transformational power of dialogue was highlighted when the Tunisian National Dialogue Quartet was awarded the Nobel Peace Prize.

In Tunisia, no single faction in the country had enough power to win and maintain governance. So there was power equity AND a need to cooperate. This NY Times article outlined how the necessary criteria was met.

Participants have commented that Tunisia was lucky in that no single group in the country was strong enough to consider enforcing its own hegemony. Unlike in Egypt, the Tunisian Army — always kept weak under Mr. Ben Ali’s dictatorship — was not in a position to take power. Nor could members of the former government, or its more democratic opponents, overthrow the Islamist-led government. (NY Times)

When the 2011 elections put The Islamist Party in power, their proposals for a new constitution was met with wide resistance and weakened their power.  Instead of cracking down on protesters, they agreed to cede power and agreed to a peaceful transition.  This created the safety (free from fear of violent reprisals) that was needed for dialogue to work.

An Islamist party, Ennahda, won the most votes the next year in Tunisia’s first free parliamentary elections, but its proposal for a new constitution that would weaken women’s status as equal to men, among other changes, drew widespread protests. The assassination of two opposition politicians in 2013 led to calls for the Ennahda-led government to step down, and by the end of the year it had agreed to a timetable for a democratic transition, becoming the only Islamist-led government created during the Arab Spring to cede power willingly. (NY Times)

But we should not rest on these laurels. The climate for dialogue will always need willing partners, safety and power equity. Maintaining this balance while deepening relationships means a better world for us all. And violence will always threaten it.  We need to do our part to keep dialogue possible. Sometimes, our willingness needs to be non-negotiable.

In a Facebook video, President Beji Caid Essebsi called the award a triumph of negotiation over violence. “Tunisia has no other solution but dialogue,” he said. “We are facing a war against terrorism, and we can’t win unless we stay together.  (NY Times)

The road to peace travels through dialogue.  May we all be stewards to keep the peace...and the criteria needed for dialogue.

How We Will Lose the Fight

In the year 2000, Robert Putnam wrote a book entitled “Bowling Alone”.  The book contains data from twenty-five years of surveys and trends about American behavior.  The book shows how Americans have become increasingly disconnected from each other.  It tells how social institutions such as churches, clubs, recreational leagues, and even family dinners and playing games with friends are disappearing.

The book is still relevant as American socialization remains in decline.  Every institution has been in decline.  Union membership is down.  Church attendance is in decline.  Movie theater attendance is suffering.  In fact, even television-watching among hundreds of channels instead of four or five has denied us opportunities to communicate about common topics.

Social media is not an adequate substitute for real socialization and involvement.  Social media gives us a false sense that a “like” or a “share” is a suitable replacement for real participation in group activities.  The false sense actually isolates ourselves from real involvement – real engagement.

The Revolutionary War's motto of “Join or Die” and Benjamin Franklin's statement, “We must hang together or, surely, we will hang separately” accurately addressed the need for people to be together and work for freedom, for justice, and even representation.  Naturally, there are powerful entities who might benefit from a nation bereft of social capital.  J.P. Morgan once said the equivalent of, “we must keep the people distracted and divided over silly social issues while we move our agenda steadily forward.”   Concentrated financial and/or military capital will defeat social capital if people are not engaged and active – and that's how we will lose the fight.

Thus far, this article has been totally defensive about how we will lose the fight.  Instead, we must change the discussion to reflect how we will “win the fight” for social and economic justice.  Winning the fight entails everyone – yes, everyone – being engaged in something – anything.  It all counts.  A book club, a political movement, a candidate, an issue, movie discussions, town hall meetings, a quilting club, a charity, Habitat for Humanity – it's all good.  Just do something that increases this nation's social capital and your length and quality of life.

Join the Coffee Party USA.  Volunteer with us through our many local community groups, issue groups, and media efforts.  It will enable us all engage in discussions, activism, and voting to win the fight for our rights – and our career politicans and crony capitalists will hate you for it. And that's good.

The Superpower of Curiosity

Remember asking questions when you were a child? Or perhaps you remember your own children asking question after question? This curiosity becomes a superpower when we allow ourselves to learn from others and perhaps, even influence our beliefs.

Here’s what I’ve learned with my superpower of curiosity:

Engage your superpowers and share your stories with us.  (The Superpower of Respect was featured in March 2015.)

Coffee Party USA Board of Directors speak after planning in Evergreen, CO 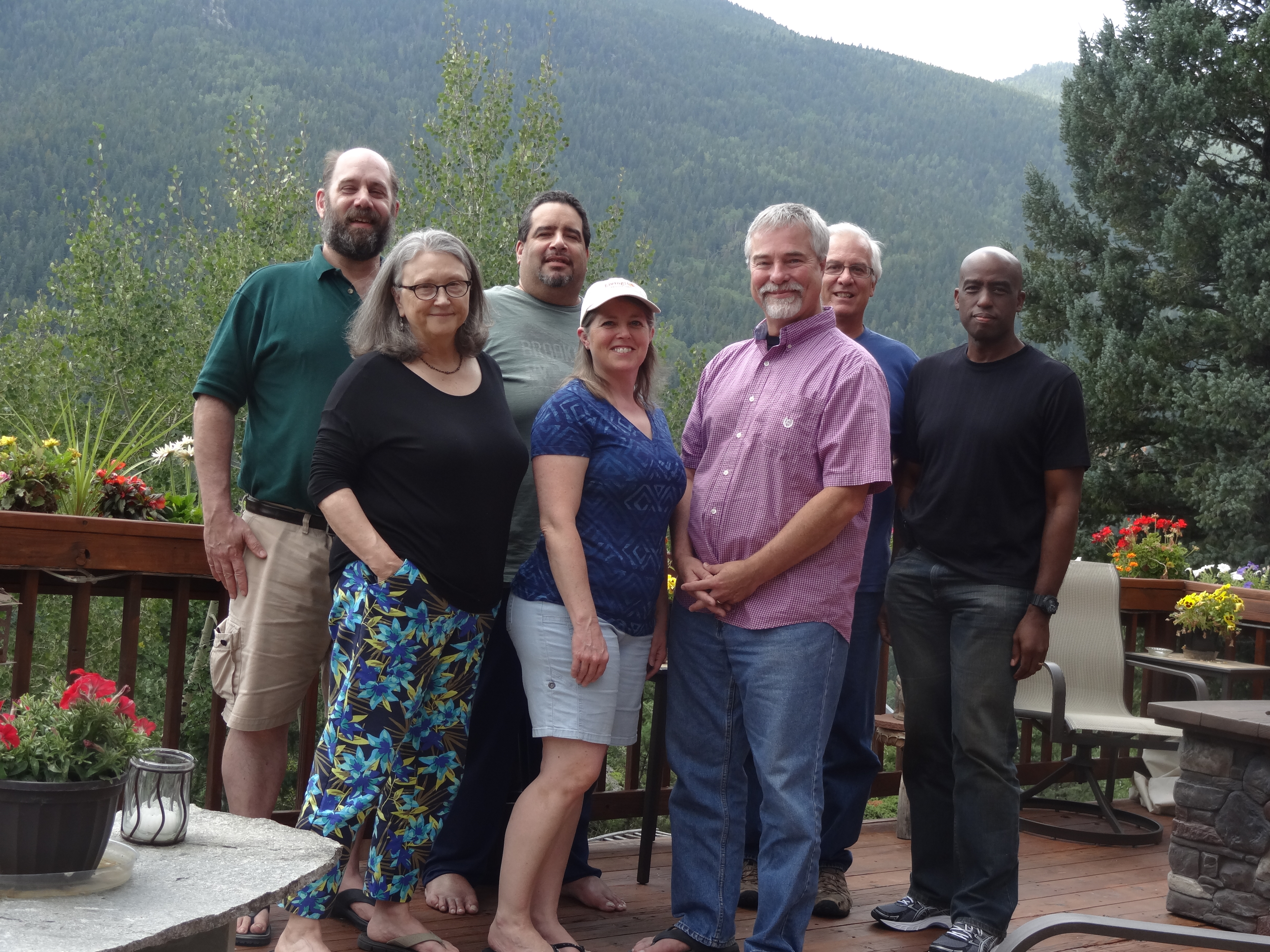 We rebuilt our website from scratch. It is much more user friendly as we have incorporated more features of NationBuilder. We keep our members and prospective members informed consistently with our revamped newsletter.

Our newsroom has a growing complement of posters and original content bloggers. Our Facebook page has grown dramatically as we encourage a real dialogue of differing opinions, values, interests, and issues. It reflects the mosaic that is America.

We have added several new radio shows to the our repertoire. The book club was reactivated. We brought authors to our BlogTalk Radio platform to speak to our member who read their respective books. Movie nights were a resounding successes. 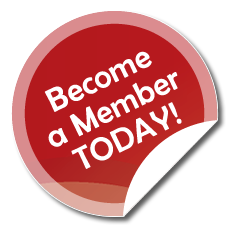 Was I Being Trolled? No.

Of course, being involved with politics, even bridge building within politics, means I am alternately praised and questioned by my friends about my work. And then, there are emails that challenge me to walk my talk.  Today I received a response from a self-identified moderate conservative who asked me to post a story that represented her perspective. Inside the story was a narrative blaming the President for the shooting of a Houston police officer. And a large dose of anger.

Was I being trolled?

No. We all have different interpretations of current events. I know my journey has led me to be able to “try on” another person’s viewpoint for a few minutes or days at a time. This started when I was a child of divorce, moving between my conservative and liberal families, trying to fit in with both. I had no idea how valuable this skill would be in my later life. Down deep, I really wanted everyone to stop fighting and be friends...or at least friendly. I still want this for our country.

Fighting over who’s right and who’s to blame will never result in a functional family. And make no mistake, we are a big, raucous, bickering American family.

As a self-governed people, it is my hope that we develop shared understanding wherever we can about what happened...not our interpretation of what happened.  For example:

What happened is just the facts...no interpretation and no drama. Our interpretation...what we decide it means and why we care...that’s where the drama and dysfunction live. Our ability to separate facts from interpretation would go a long way to restoring a shared understanding within our American family. Giving up “being right” is the single biggest step we face right now. And we can only change or transform ourselves. When we stop playing the “I’m right” game, we open up our capacity for transformation.

I’m reminded of a poem I read years ago. I have seen it attributed to an unknown monk (no stated religion) and a Rabbi. It resonates deeply for me.

When I was a young man, I wanted to change the world.

I found it was difficult to change the world, so I tried to change my nation.

When I found I couldn't change the nation, I began to focus on my town.

I couldn't change the town and as an older man, I tried to change my family.

Now, as an old man, I realize the only thing I can change is myself, and suddenly I realize that if long ago I had changed myself, I could have made an impact on my family.

My family and I could have made an impact on our town.

I invite you to “try on” a different viewpoint for a few minutes. What questions would you like to ask?  Be curious and consider the possibility of changing yourself.

Ted Cruz took to the Senate floor Friday and charged that Mitch McConnell told a “lie,” escalating his campaign against GOP leaders and challenging the traditions of the usually decorous chamber. In a scathing floor speech, the Texas firebrand accused the Senate majority leader of breaking his word to him and the rest of the GOP conference over McConnell’s plans for the controversial Export-Import Bank, the country’s chief export credit agency.

This Atlanta journalist exposes the inner workings of ALEC. This is how we begin reclaiming our republic and representative democracy.